In addition to our general auto repair services, we have mechanics specially trained in diesel maintenance and repair.

$25 off repairs totaling $150 or more in labor expenses. One coupon per visit. Not valid with other offer or special. Coupon must be presented in advance.

Call to Redeem & Schedule Your Appointment

Diesel engines have some powerful benefits and can be a great asset to a vehicle. However, because diesel engines are significantly different from regular gasoline engines, you will want to make sure to use a specialized diesel mechanic to service and repair your diesel engine. Whether you are looking to service a larger truck, a pickup, a fleet vehicle, or even a passenger vehicle or other machinery, Clegg Auto has the diesel expertise to help meet your needs. Here are the basics of what you need to know about diesel maintenance and repair and how our diesel mechanics at Clegg Auto can help you keep your diesel engine running in top condition.

Some of the most common diesel problems and repairs include:

Most diesel engine problems can also be commonly diagnosed through the color of smoke from the exhaust. Black smoke often indicates an incorrect fuel to air ratio and can be caused by many things such as faulty injectors, injector pumps, bad air filters, a broken EGR valve, or even a turbocharger issue. Blue smoke means that the engine is burning motor oil, usually caused by a leak in the engine. This can sometimes be a turbocharger issue or a problem with valves or an oil filter. Lastly, white smoke indicates that fuel isn’t being burned property within the engine either due to too much fuel being injected or not enough heat or compression.

Avery Bishop
23:45 20 Sep 21
LOVE this business! they fixed my car so fast and were super helpful, accommodating, and did everything they could to make sure customers got the fixes they needed. Sam fixed my car and it was clear he knew exactly what he was doing and was so happy to help and kind. love their business and they do great work. Would absolutely recommend to anyone needing body work done on their car. Thank you clegg auto!!!

Todd Milne
16:31 17 Sep 21
These guy are AMAZING!!I had my truck at a different shop and really felt like I was getting the run around. I was told the repairs on my truck would be $6800 to $11000. When Clegg Auto got my truck they looked at it and called me to talk about what they had found. Turns out the shop that had it earlier had put too much oil in the truck casing it to leak. Clegg Auto changed my oil and told me to come back in a week or two if it was still leaking oil. My problem was solved with a simple diagnostic, phone call and an oil change (which I still need to pay for. They told me to see what happens and then come back….who does that these days?!).I value honesty above all else. These guys are as honest as they come. They very easily could have done the more expensive repairs and I would have been none the wiser. THANK YOU FOR YOUR HONESTY AND INTEGRITY!!!!I recommend them to anyone looking for a great auto repair shop!read more

Paul Ashby
15:16 02 Sep 21
My 1996 Toyota Avalon, which has 300K+ miles on it has been running a little hot, and the driver side Windows regulator and motor quit working so I had a window that was down all the time. They gave their initial estimate to fix the window but they were aware of my financial situation so they worked with me and helped me find ways to locate a regulator and motor and then worked a plan for me that saved me a lot of money. They were willing to let my car stay on their lot until the issues were fixed, which was a huge help! Dave, who worked on my car kept me posted via text almost every day, which was extremely helpful. Laramie and Tim were also great to work with in helping me find options that could help me keep my old car from heading to the car graveyard just yet. My car is running great now and my pocket book wasn’t beat up in the process! Clegg Auto is amazing and I will always recommend my friends, family, and anyone who needs car repairs to go to them. They are a class act!!read more

Linda Baldwin
19:58 13 Aug 21
We had our fuel filter module go out. Clegg Auto diagnosed it and got it repaired very quickly and economical. Very pleased with their care. We are from out of town was in Spanish Fork for a wedding celebration. Very nerve racking when you have no idea what’s going on with your vehicle or who the mechanic is working on it. These people were great, professional, up front with costs and quick to squeeze us in with their scheduled repairs. Would recommend them. And a big thanks for taking care of us.read more

Raquel Laking
15:08 12 Aug 21
Quick, easy, efficient service. We like Clegg and their prices and how honest they are when it comes to repairs needed and the best way to go about them. The mechanics were very nice and let us know of any issues and did not try to pressure us into getting anything extra. They have a nice waiting room as well.

Shalyn Adams
16:18 28 Jul 21
I have gone here sence I started driving and I will keep going. They are always very helpful honest and friendly. They go over what they are doing so your not left in the dark. I loved Steve sad to see him go but the new manager is just as good. Always appreciate the team there.

Spencer Flint
15:13 21 Jul 21
Very happy with Clegg. I love that I don’t need to worry that I’m being overcharged. If they run into any trouble while working on my car they call and keep me updated before continuing. Definitely going to continue using them for my car service.

Phill Crawford
16:59 12 Jul 21
Clegg’s was amazing. I walked in, they were slammed and said they would work me in the next couple of days. They called that afternoon and told me what was happening and what needed to be done. Laramie gave me all the options and what she recommended and asked what I wanted to do, she gave no pressure one way or the other. Very good experience, I don’t like to pay for a mechanic because I’m pretty handy but rest assured I will be back for any future repairs.

Travis Raff
15:21 10 Jun 21
My car’s AC didn’t work, so I took it in and they said the condenser had a hole in it. They replaced the condenser and charged it, and now it cools like a fridge! They also did some work on the sway bar and I’ve noticed my handling around corners is better now. Everyone was friendly, and it didn’t cost me an arm and a leg. I also received timely shuttle rides to and from the shop. Clegg knows what they’re doing!

Chris Bosselman
15:36 24 May 21
We developed brake trouble on our way from Wyoming to Utah. We had a commitment later that day that we could not miss. They were able to perform the brake replacement and accommodate the needs of our adaptive vehicle in a very gracious manner. It was obvious that they went out of their way to accommodate both our schedule and our unique vehicle needs. Excellent service and very courteous staff! I would recommend them to anyone.

Jessica Grace Crandall
18:02 31 Mar 21
I come here for my car maintenance on my Hyundai, and I know that I'm always getting a good value. I drive a lot of miles on my car and they are always so good to bring up concerns but speak to me honestly about what it takes to do maintenance repairs. One time I noticed my car was leaking antifreeze fluid, so I took it into the shop and they came back out a quick 5 mins later and said "no charge!" What? really? Yes, it was just the gasket head needed to be adjusted. As a non-car person non-handy person there would have been no way for me to know even if they had decided to charge me $200, so I appreciate their honesty.read more

Hal W
16:27 05 Feb 21
Clegg was recommended by my tow driver. I am very happy with the professional services provided. There was close contact & reasonable planning for the repairs. I didn't ask for prioritizing repairs but they seemed to know exactly what I was thinking and answered it right away. My vehicle started and drove without any problems and I am grateful that Clegg Auto is where my van was taken. I am looking forward to Clegg Auto providing the automotive and service repairs and maintenance for my vehicle. Yes it is a drive to get there but I know it will be done right. The employees were extremely friendly. It was almost like I was having my van worked on by friends.read more

Jared Burton
19:09 31 Jan 21
I had a great experience here. The customer service was awesome. They were welcoming and listened to me. This is what people want in a mechanic shop! Plus they worked hard and quickly and stayed on quote. Thanks for being good.
See all reviewsWrite a review 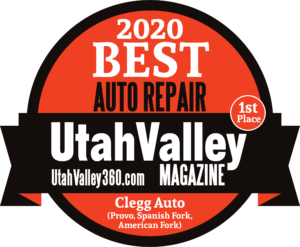 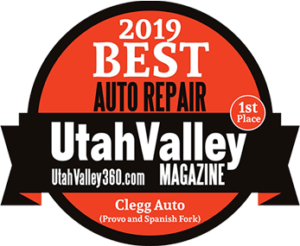 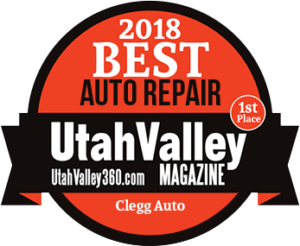 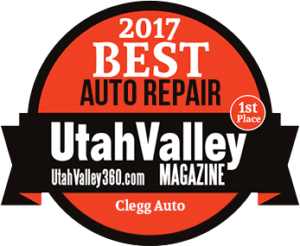 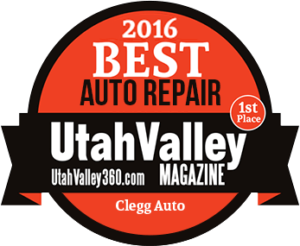 With more than 20 years of experience, Clegg Auto has been Utah County’s preferred choice for automotive repairs and auto maintenance services since 1998.

We're here to get you back on the road!